I painted East Auquhadlie Pines as a contrast to my last painting of snowdrops. I limited the colours to two Winsor and Newton inks, Black and Peat, so I didn’t have to concern myself with colour mixing and could concentrate on tonal values. I also wanted to try a different medium from watercolours.

I was surprised to see how many different hues the inks separated into as they reacted to the paper and when diluted with different amounts of water. This wasn’t my intention, but one of those unexpected accidents that I was happy to go along with.

Snowdrops, the end of darkness... 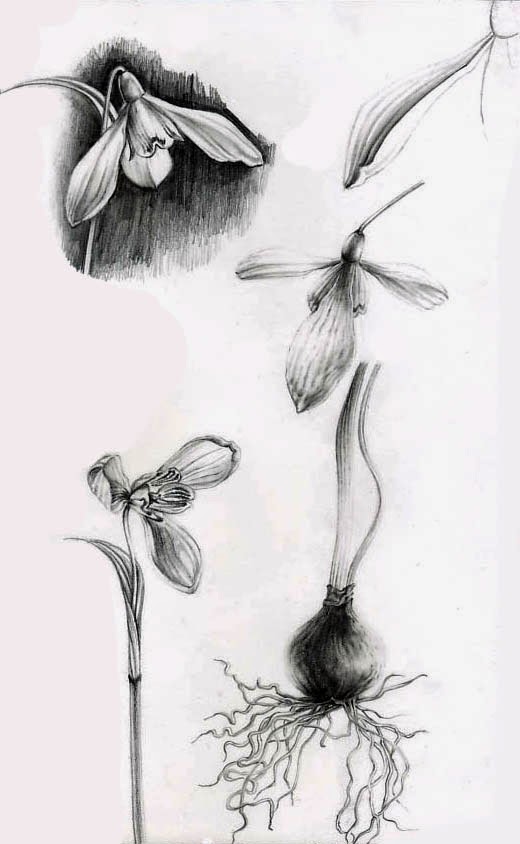 “According to legend, the snowdrop became a symbol of hope when Adam and Eve were expelled from the Garden of Eden. When Eve was about to give up hope that the cold winter would never end, an angel appeared, transformed some of the snowflakes into snowdrop flowers, proving that winter eventually gives way to spring.”
thefloraltherapist.com/snowdrop-flower-is-the-symbol-of-hope/

Perhaps because the snowdrop is so important to me, I felt I couldn’t do justice to its beauty and so was disappointed with my painting. White flowers are notoriously difficult to paint, though!
Posted by Unknown at 17:23