Ida Mitrani: May 2014-The Mandarin duck and the Amaryllis

An illustration inspired by an everlasting love between a Mandarin duck and an Amaryllis...

I wanted to create a drawing based on what could be the story of a forbidden and everlasting love. A fairy tale version of  two absolutely different species,which merged together and unite to become one.

Using a drawing I made of an Amaryllis Regina at the beginning of the year, I combined it with the feathers of both male and female Mandarin ducks. 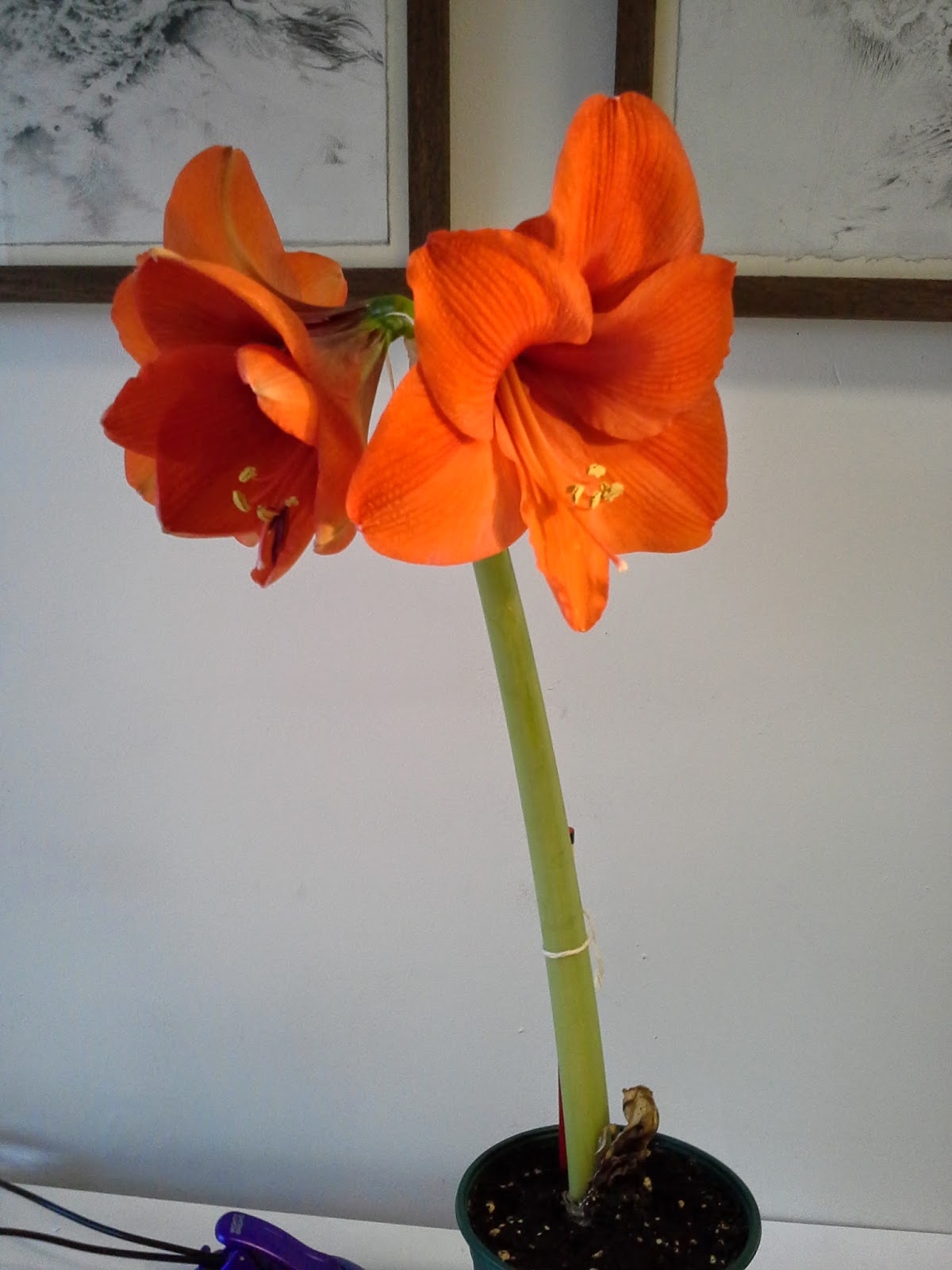 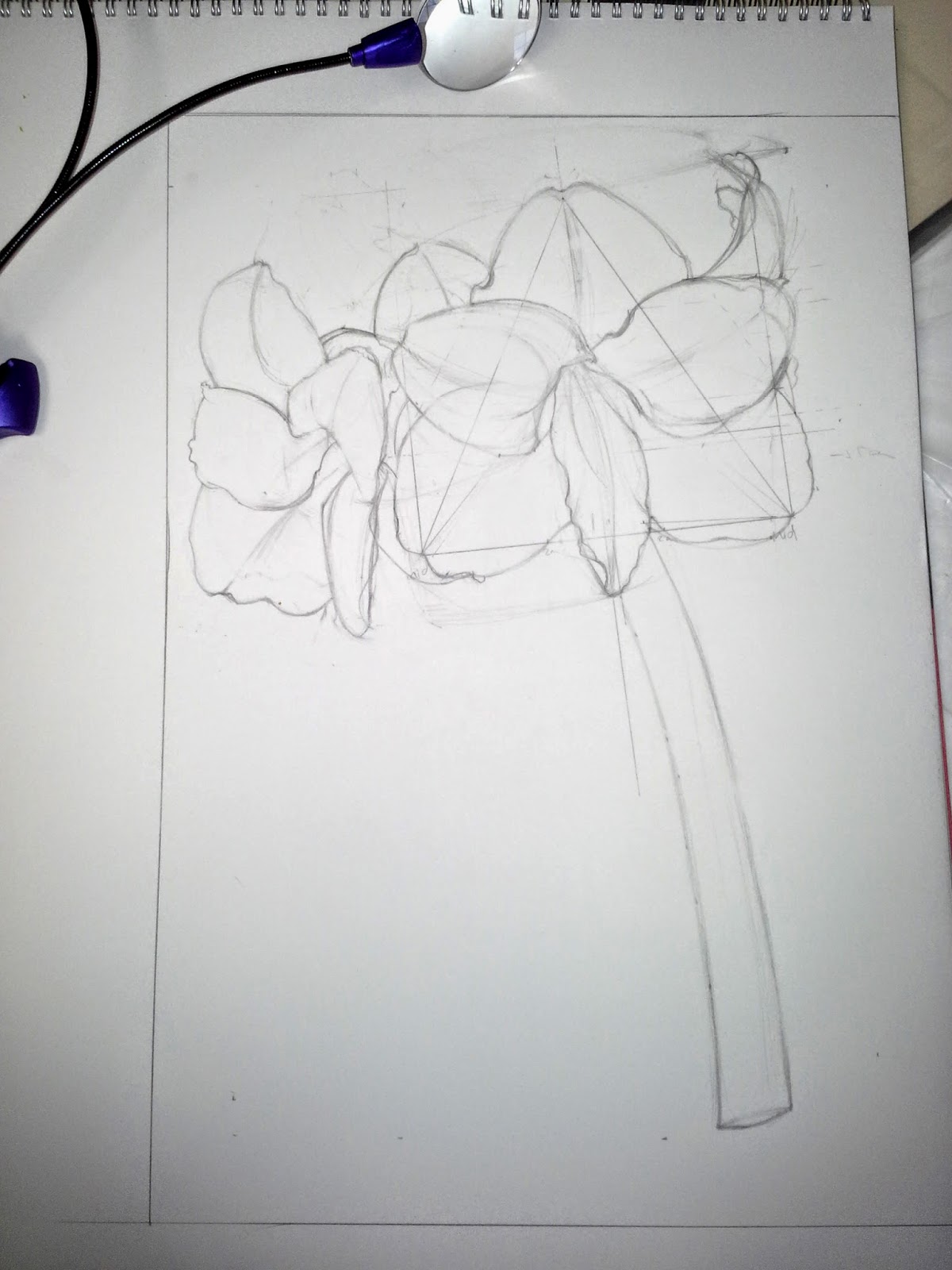 'In traditional Chinese culture, Mandarin ducks are believed to be lifelong couples, unlike other species of ducks. Hence they are regarded as a symbol of conjugal affection and fidelity, and are frequently featured in Chinese art.' Wikipedia

﻿
﻿
I also decided to include the ducks beaks merging them with the buds of the flower. 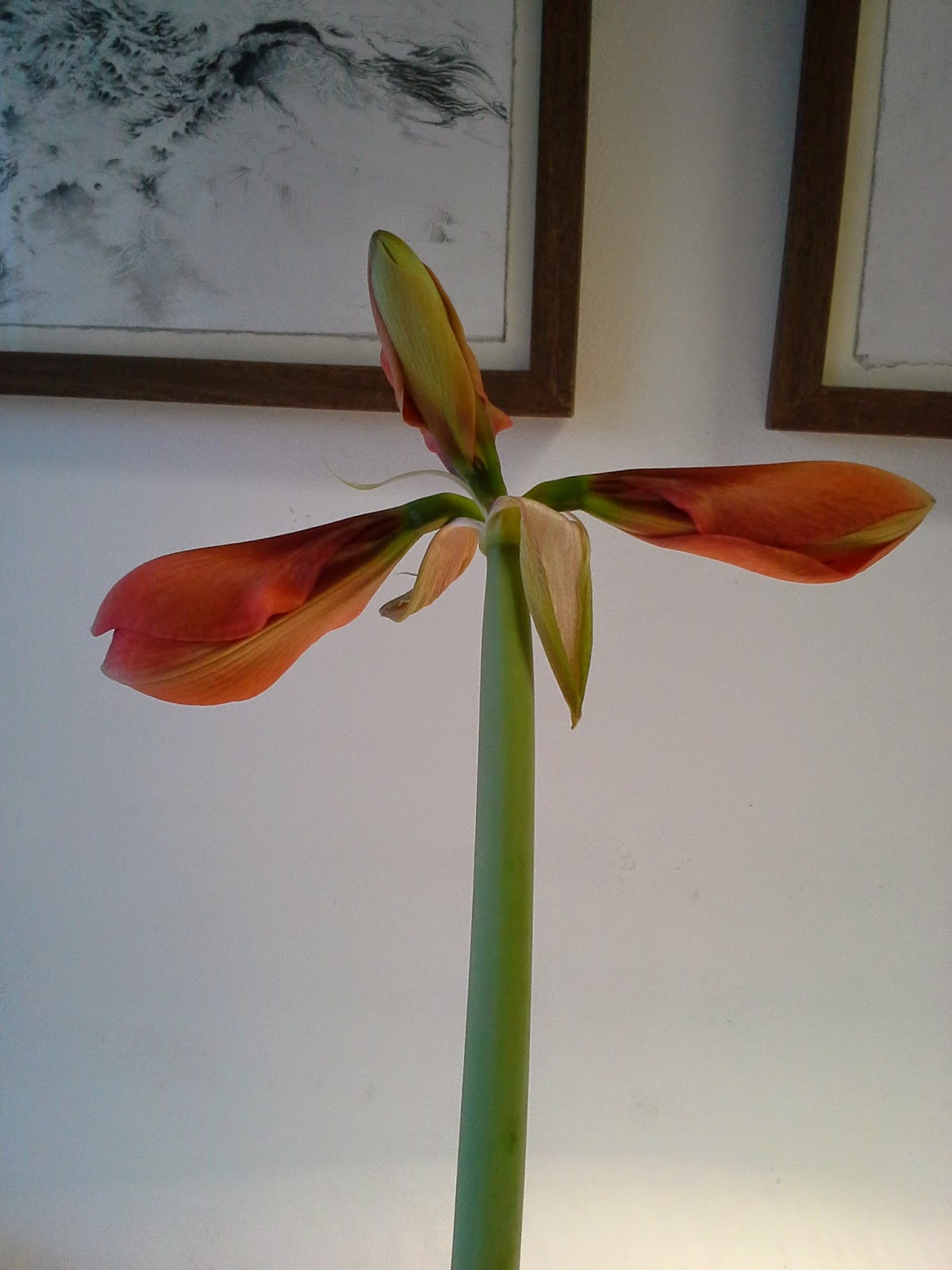 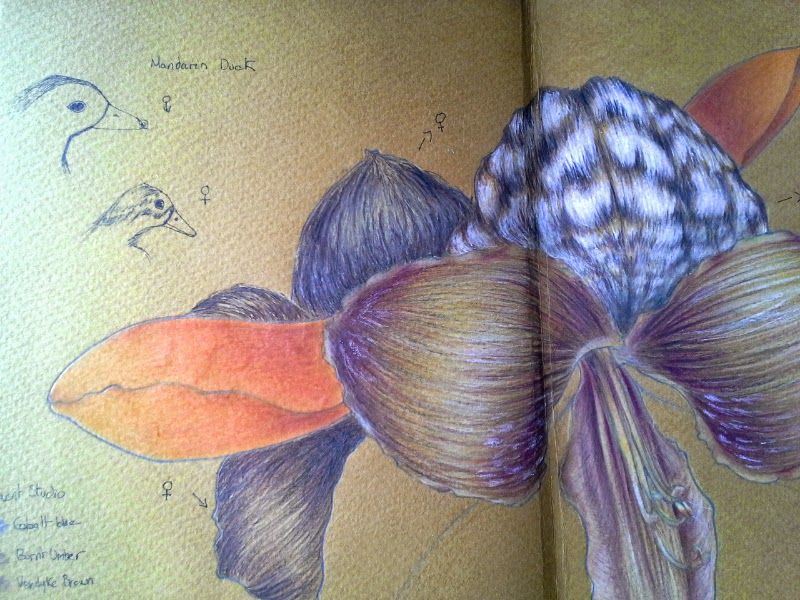 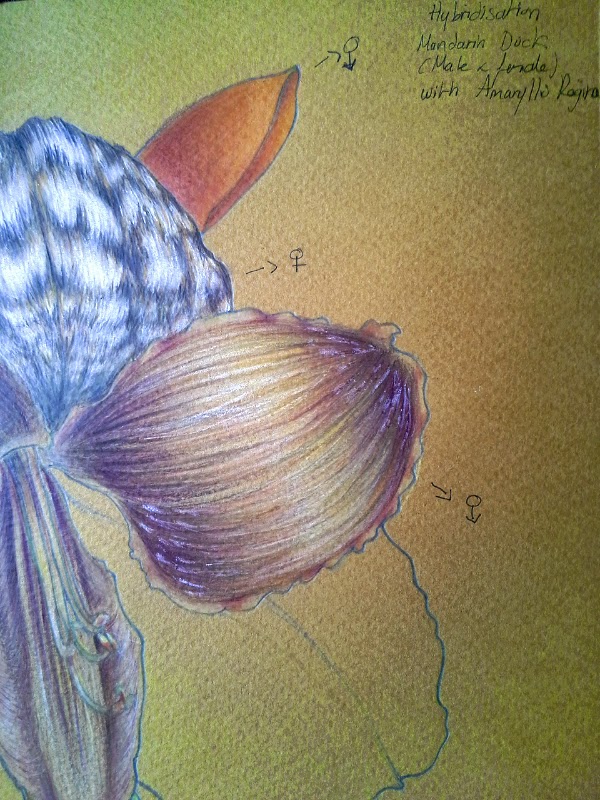