Ida Mitrani- From the earth to the sea...A journey in the underwater world

When I received Julie Douglas's sketchbook, I was delighted to see how spontaneous and free her drawings were. It brought me right back to the college years, when I was an animation student. Life drawing was a major part of the course. We were pushed to experiment with lines and various materials (charcoals, pencils, paints, ink etc..). I remember quickly starting with a gesture line to capture the essence of the pose. I wasn't seeing the model as being naked but more as a living landscape.
Julie's trees and woods drawings inspired me to create my own underwater world. I wasn't too sure where I was going with it at first but things came to me gradually.
I first drew a small moon on the top right corner of the page. Then I decided to take some off white paper and glue it on both pages. I had to cut out a round shape in order to see the moon.
Then the fun began. I used several graphite pencils (4H,HB, 2B, 6B, 9B) and a carbon pencil for the very dark parts. I didn't want to draw any contour lines but instead work around the white of the paper and create my own negative space.
I could have stopped there but something didn't look quite right. I then remembered having done some small studies of sea creatures (some hybridised ones) in the previous year.
I cut them out roughly and added them on the drawing.

I've used elements of Claire Nouvian's book called : 'The Deep' mixed with some fine and brittle branches that I have in my studio. The photographic work in the book is sublime and it brings the viewer right down into the unknown territories of the sea.
PERNA CANALICULA
A few weeks ago, my Australian housemate, Liam, cooked some lovely mussels from New Zealand. I was absorbed by the vibrancy of the greens and copper-gold like colours of the shells.
First eat then draw! 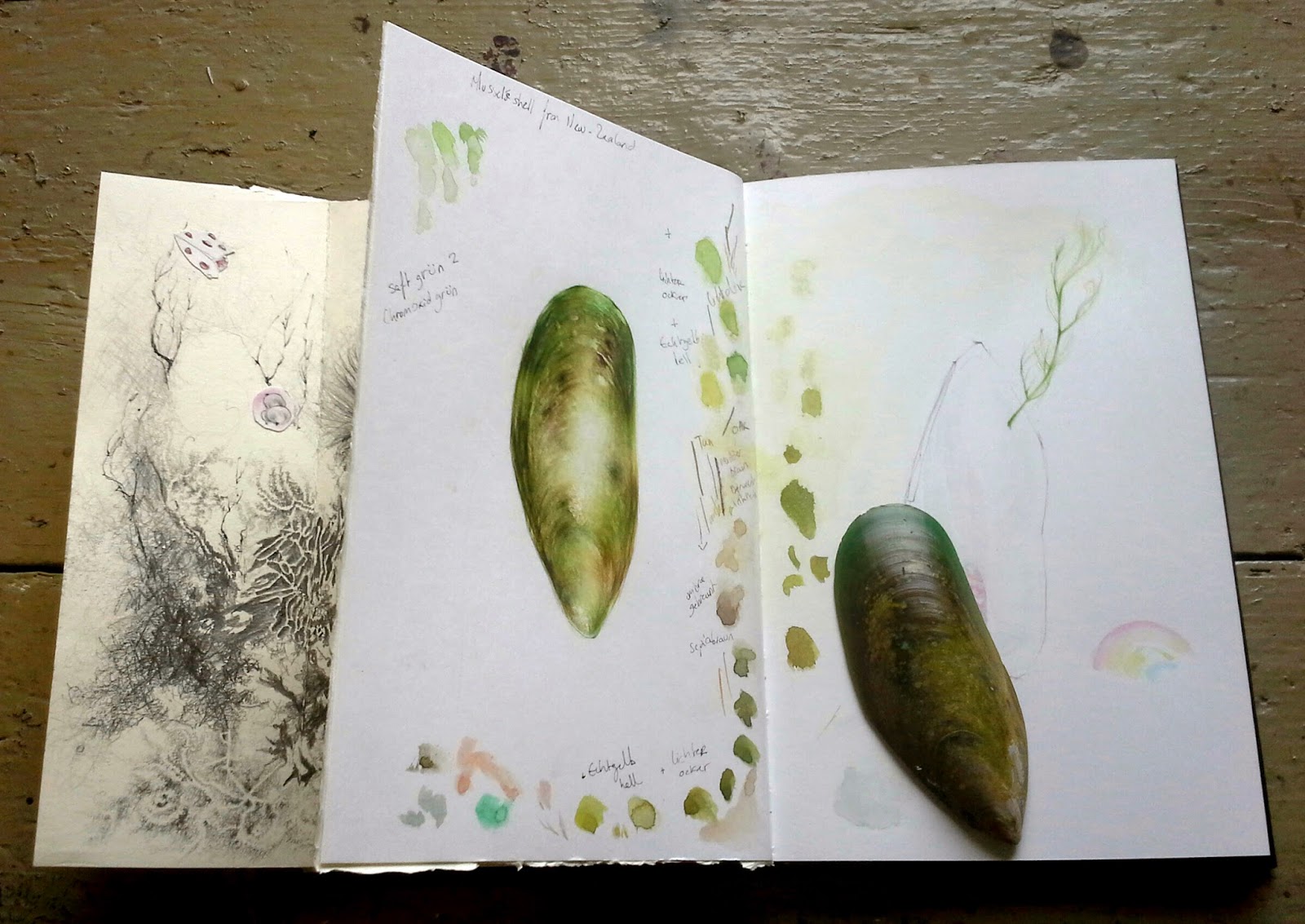